Interstitial lung disease (ILD) is an umbrella term used for a large group of diseases that cause pulmonary fibrosis, which means scarring of the lungs. The scarring causes stiffness in the lungs which makes it difficult to breathe and get oxygen to the bloodstream. Lung damage from ILD is often irreversible and gets worse over time.

The most common symptom of ILD is shortness of breath. This is often accompanied by a dry cough, chest discomfort, fatigue and occasionally weight loss. In most cases, by the time the symptoms appear lung damage has already been done, so it is important to see your doctor immediately. Severe cases that are left untreated can develop life-threatening complications, including high blood pressure, heart or respiratory failure.

To diagnose ILD, your doctor will probably order a chest X-ray or CT scan to get a better look at your lungs. A lung function test may be used to measure your total lung capacity, which may have deteriorated due to the ILD. In more serious cases, and to diagnose a specific type of ILD, more invasive procedures may be needed, such as a bronchoscopy or a lung biopsy.

Treatment for ILD varies depending on the type of ILD diagnosed and the severity. Lung damage from ILD is often irreversible and progressive, so treatment normally centers on relieving symptoms, improving quality of life and slowing the disease's progression. Medications, such as corticosteroids, can be used to decrease inflammation in the lungs. Oxygen therapy is another common treatment because it helps deliver extra oxygen to make breathing easier and lessen complications from low blood oxygen levels, such as heart failure. Pulmonary rehabilitation may also be recommended to improve daily life by giving patients techniques to improve lung efficiency, improve physical endurance and offer emotional support. In the most extreme cases, people with ILD will be recommended for lung transplants.

To learn more or schedule an appointment, call: 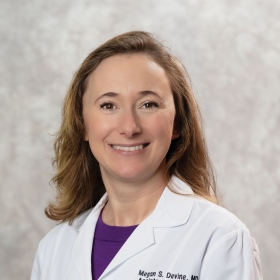 Locations across East Texas for your convenience.