Cystic Fibrosis: What to Know and What's Ahead

Cystic fibrosis is a progressive, genetic disease that predominantly affects the lungs and digestive system. This disease usually shows signs in early infancy and can by treated by a physician to manage complications and improve quality of life. Dr. Rodolfo Amaro-Galvez, director of UT Health’s Cystic Fibrosis Clinic, and Dr. Leslie Couch, pulmonologist, see both children and adults who have been diagnosed with this disease.

Cystic fibrosis is caused by a genetic mutation. People with this disease have inherited two copies of the defective cystic fibrosis gene -- one copy from each parent. Both parents must have at least one copy of the defective gene. It is most common in Caucasian parents, occurring in 1 in every 2,500 to 3,500 Caucasian newborns. There are tests available for children suspected of having this disease.

“A newborn screen for cystic fibrosis mutations is done in all the states in the U.S.,” says Dr. Amaro-Galvez. “If the newborn baby has two CF mutations and symptoms of CF such as chronic cough, wheezing, recurrent chest infections and/or failure to thrive, it may indicate that the child has CF. A quantitative sweat chloride test is the gold standard test when a child has suspected CF.” The sweat test is used because individuals with cystic fibrosis have more chloride in their sweat than people who do not have this disease.

The sweat test measures the amount of chloride (a component of salt) in the sweat. In the first part of the test, a colorless, odorless chemical (pilocarpine) and a little electrical stimulation is applied to a small area of the arm or leg to encourage the sweat glands to produce sweat. A person may feel tingling in the area, or a feeling of warmth. The sweat is then collected on a piece of filter paper or gauze or in a plastic coil. The collected sweat is then sent to a hospital laboratory to measure how much chloride is in the sweat.

In the United States, there are 1,000 new cases of cystic fibrosis diagnosed every year, with 75 percent of patients being diagnosed by age 2. “Symptoms vary among patients depending on the genetic defect,” says Dr. Couch. However, there are a number of common symptoms that parents can notice, mostly to do with lung function. “If the child has symptoms of cystic fibrosis such as chronic cough, wheezing, recurrent chest infections and/or failure to thrive, an evaluation in a cystic fibrosis clinic can be done,” says Dr. Amaro-Galvez.

Treatments vary from patient to patient due to the wide range of symptom severity and type. It’s up to the physician to create a custom plan that will work best for the patient’s unique needs. The Cystic Fibrosis Clinic at UT Health North Campus Tyler caters to those needs with a diverse team that not only has pulmonologists, but can also include a nutritionist, social worker, respiratory therapist, pharmacist, and/or physical therapist. The team can also care for patients throughout their lifetime, from childhood through adulthood, adapting the treatment as it changes.

Dr. Couch highlights how diverse treatment can be. “Some patients take enzymes to digest food, take pulmozyme (mucolytic) to break up the thick mucus in lung, inhaled antibiotic and various forms of airway clearance. Some take insulin to control blood sugar, take special vitamins as they do not absorb well.”

Although there is no cure for cystic fibrosis, there are many trials and new treatments available that have bettered the quality of life and increased the lifespan of those with the disease. Both Dr. Couch and Dr. Amaro-Galvez are excited about some of the most recent developments. “There are many promising clinical trials testing different therapies in cystic fibrosis,” shares Dr. Amaro-Galvez. It was recently announced by Vertex, the company that has developed 3 CFTR modulators that one of them Kalydeco (Ivacaftor), has been approved to be use in children ages 6 months and older. Dr. Couch explains that this helps correct the genetic defect, allowing the chloride pump to work better.

Patients in the area will have access to new deployments as UT Health North Campus Tyler is a part of the Therapeutic Development Network for the Cystic Fibrosis Foundation. “This allows our patients access to new drugs being developed that are approved by the Cystic Fibrosis Foundation,” says Dr. Couch. “New drugs are new anti-inflammatory medications, newer genetic medications and newer mucolytic.”

Physicians at the Cystic Fibrosis Clinic are proud to put into practice all of the amazing advancements in treatments for those who have cystic fibrosis. “There is hope that exciting therapies are in the pipeline,” says Dr. Amaro-Galvez. “The outcome and perspective of this disease has changed dramatically over the past two decades.” 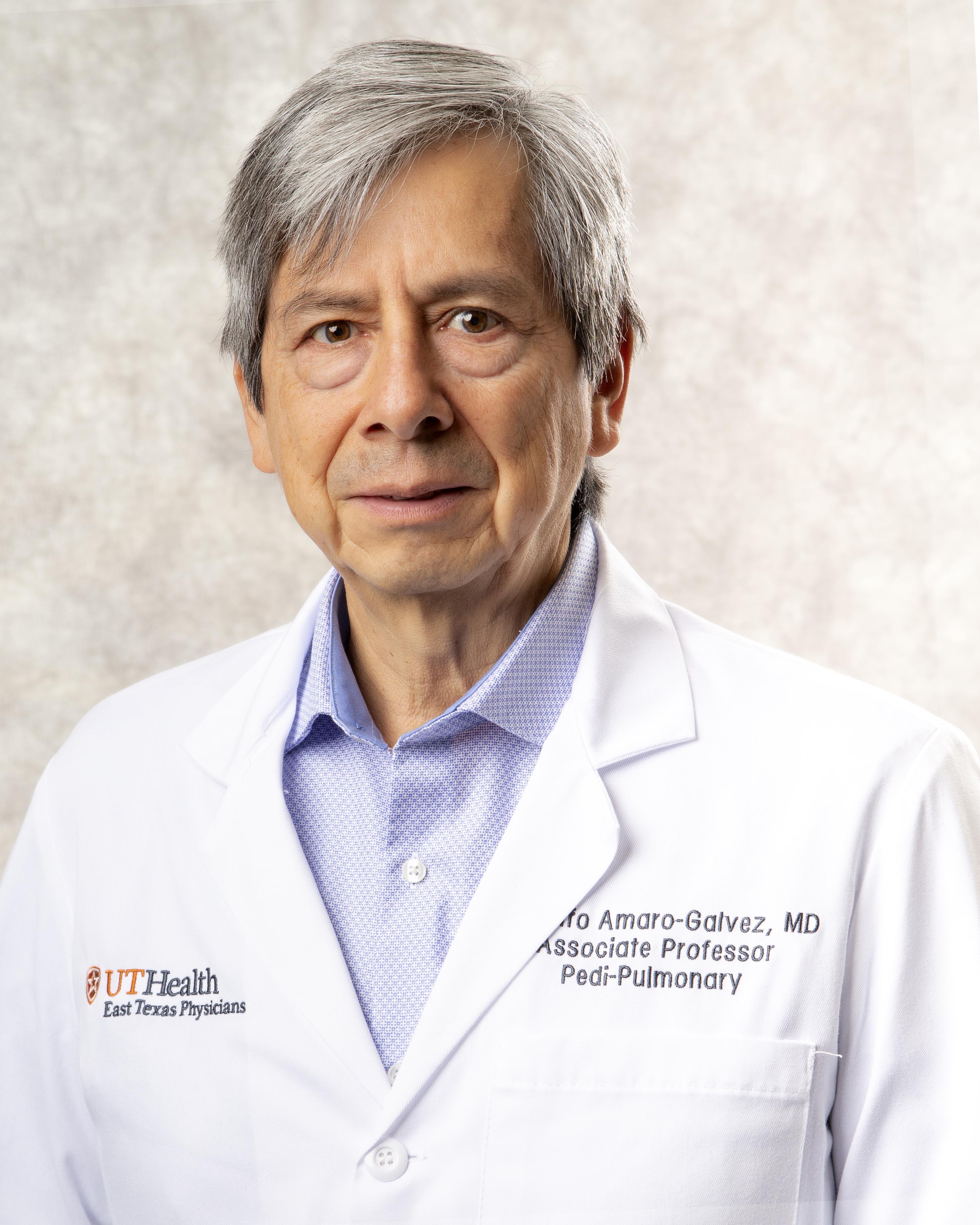 Dr. Amaro specializes in pediatric pulmonology, the study and treatment of children’s lung diseases. He has two decades of experience treating children with cystic fibrosis, pneumonia, whooping cough and other respiratory diseases. In addition, he is one of only a couple of board-certified specialists in pediatric sleep disorders in Northeast Texas. 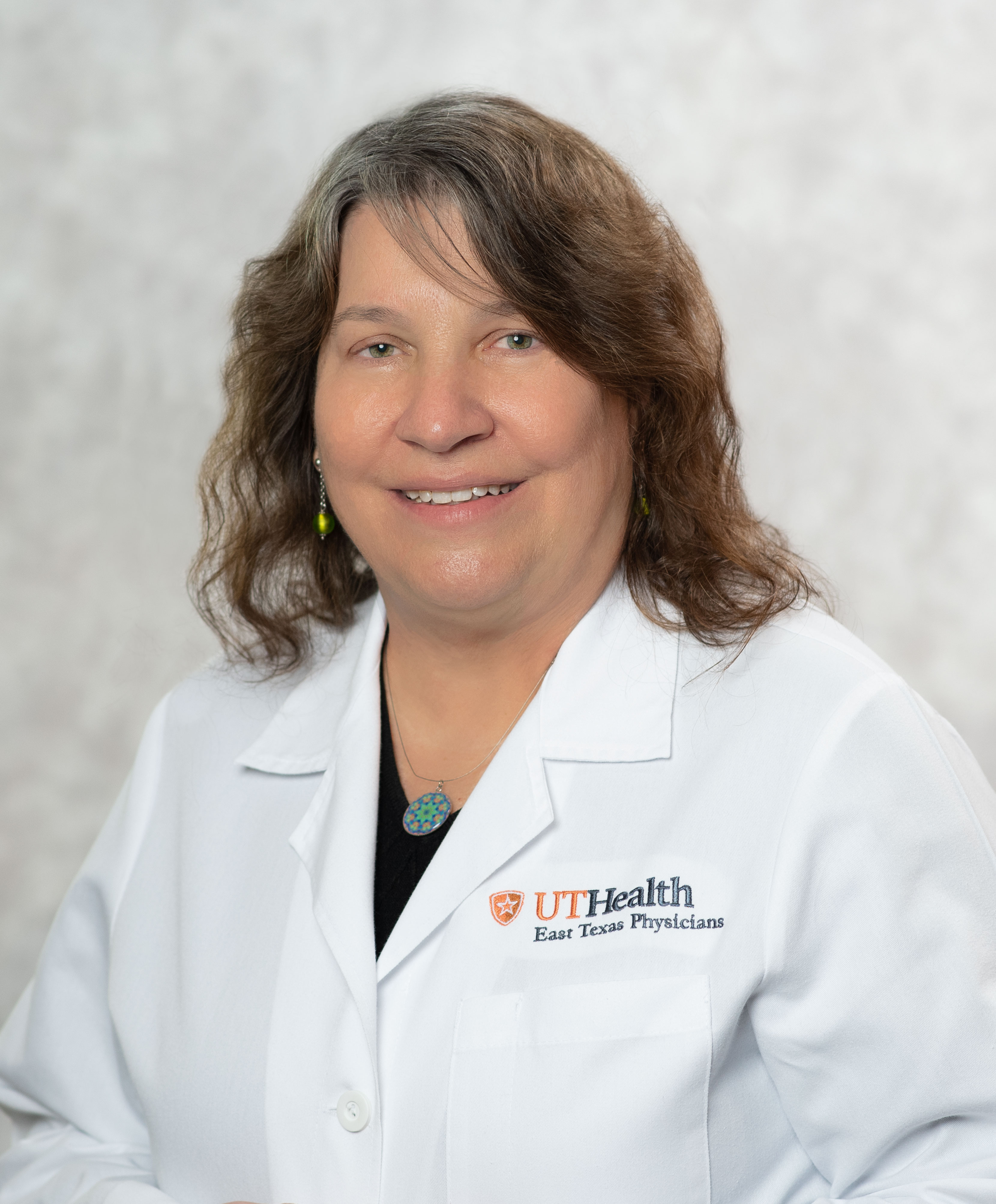 Dr. Couch is a pulmonary expert who has treated patients with chronic obstructive pulmonary disease (COPD) and other lung diseases for more than 20 years. Her specialty is treating patients who have recurring infections that damage the airways to the lungs. To help treat this condition, Dr. Couch has conducted research to determine how effective inhaled antibiotics are in preventing infection.