The key is early detection.

The best way to detect breast cancer early is with a mammogram. Screening guidelines recommend women ages 35-40 to get their mammogram and women over 40 to get one annually. The UT Health East Texas HOPE Breast Care Center offers mammograms across East Texas. See below for more details.

Follow us on Facebook as we spread awareness of breast cancer, symptoms to look for and how it affects your overall life.

3D mammography, or digital breast tomosynthesis (DBT) allows the radiologist to see the through the breast tissue better than the traditional 2D mammogram. This technology allows images to be divided up in multiple layers, allowing the radiologist to review one layer at a time, reducing the tissue overlap effect. This helps the radiologist find smaller cancers that may be harder to find at an earlier stage.

The patient experience for 3D mammography is very similar to that of 2D, each breast is still compressed in two different positions. The difference is in what the machine does. Instead of the camera staying stationary as it would in 2D, it makes a small arc as it takes the photo, which takes about three to four seconds. This allows the radiologist to go back after the photo is taken and divide it into multiple slices to get a better view of the breast tissue.

Digital mammography is the best tool for early detection. We offer digital and 3-D mammography, offering sharper images than film and no wait time for film to be developed. The computer enhancements help detect signs of early cancer, as well as abnormalities in dense breast tissue.

This minimally invasive procedure requires only a quarter-inch-long incision, which no stitches needed. Using an ultrasound probe or an X-ray, the doctor gently vacuums out suspect tissue for examination. Tissue samples collected using this process are just as reliable as open surgical biopsies and three times more accurate than core needle biopsies in the diagnosis of conditions associated with early breast cancer.

An ultrasound of the breast is used to confirm the presence or absence of a mass in women who have dense breast tissue, which could make the mass difficult to see. Ultrasound uses high frequency sound waves to scan the tissue of the breast. Radiologists sometimes use this painless method to distinguish fluid-filled cysts from solid masses.

Magnetic resonance breast imaging is a supplemental tool to help us diagnose breast cancer. It is often used to investigate breast problems first detected by mammography or other imaging exams. Younger women at high risk of breast cancer also may benefit from this screening. MRI uses powerful magnetic fields and radio waves to create images of the breast.

Benefits include the following:

Genetic testing can help determine if you're at increased risk of developing breast or ovarian cancer due to your family history.

During this simple test, the patient lies on a padded table while the unit scans the body. No injection or invasive procedure is involved. The patient remains fully clothed. The test can detect osteoporosis and provides your doctor with information regarding your bone strength.

Cosmetic and reconstruction services are offered through the UT Health East Texas Cosmetic Surgery Center. Dr. Paul Critelli, board-certified plastic surgeon, works with patients to develop a customized plan to meet their needs and goals. For breast reconstruction procedures, Dr. Critelli meets with patients early in the treatment process and works with your oncologists and surgeons to optimize your cancer treatment and reconstruction, producing unparalleled results.

Journey of a Survivor - Meri Mullicane

In March 2019, Meri Mullicane got the news that her sister, Maeschelle, was diagnosed with breast cancer. Meri sent her a pink bear with a note that said, “I know I don’t understand your journey, but everybody needs something to cry on.” Unfortunately, Meri would soon understand her sister’s journey all too well.

Meri went in for her annual mammogram in May, which showed no abnormality. However, because Meri had dense breast tissue, it was recommended that she come back for a screening ultrasound. Dr. Michael Klouda, board-certified diagnostic radiologist at the UT Health Tyler Breast Care Center, conducted her ultrasound and found a suspicious spot.

“Dr. Klouda would always kid with me through the whole thing, and then it stopped,” Meri said. She knew something wasn’t right. “He said to come see him afterwards and that he found a spot that looks suspicious.”

The next step was a biopsy and two days later she got the news. Meri was diagnosed with breast cancer.

While this is the most common type of breast cancer, it wasn’t easy to find.

“Meri’s cancer was so small it could not be felt, and only with careful ultrasound scanning could it be seen,” said Dr. Brandon Ashton, a board-certified diagnostic radiologist at the UT Health Tyler Breast Care Center.

The doctors at UT Health East Texas were thorough in determining Meri’s treatment.

“Once we do the diagnosis and find a cancer, then we present the case at a conference to anywhere from 15-20 doctors who diagnose and treat cancer, including radiologists, pathologists, surgeons, radiation therapists, oncologists and geneticists,” Dr. Klouda said. “They will agree on an appropriate treatment before any surgery is done. That way, the patient only goes to the operating room one time. When it’s a small tumor and we catch it early, through screening, they can save the breast and increase the chances of survival.”

Shortly after getting the news, a familiar pink bear arrived in Meri’s mail with a card that said, “Dear Meri, I think you need me more right now than Maeschelle does, so I’m going to come spend some time with you.”

Meri had a lumpectomy on Aug. 30, successfully removing the entire tumor.

Though Meri’s tumor was small, her journey was not easy.

“I remember walking into the cancer center for the first time,” Meri said. “It was frightening. There was something about it, the not knowing. I was scared every step of the way. I used to tell the radiology techs that this is the roller coaster I did not buy a ticket for.”

After surgery, Meri received radiation every day for six weeks to treat the rest of the breast tissue where other cancer cells may have lurked.

“The hardest part is the clicking and buzzing sound of the machine as it goes around you,” Meri said. “My first round took 78 seconds. The second took 23 seconds. I counted every day. That’s how I got through it.”

Many called Meri brave, but she didn’t feel like it was bravery.

“You have people tell you all the time that you’re so brave, but you’re not,” Meri said. “You covet life, and when you covet life, you push through. That whole brave thing, it’s really not bravery. Nobody gave me an option. You just want to live. Sometimes I feel like other women have gone through so much more. I almost feel guilty because there are women who haven’t survived. There are women who didn’t catch it early, but we are all warriors. Our emotions are all the same. We covet life and we want to live. You’re a warrior by default.”

Though the journey was scary, Meri was not alone. She had a strong community around her that continually showed her love and support.

“I’ve had so much support from my families,” Meri said. “My husband is a Tyler firefighter and they’re always incredibly supportive. Our Brook Hill parent association sold breast cancer tattoos and donated the money to the Susan G. Komen Foundation in my name. I showed up to school one day in October and they came in and said they had a pink shirt for me and I said, ‘OK, well I’ll wear that to school tomorrow.’ But when I got to school the next day, all the kids had the shirt. One of the parents found out I had breast cancer, so they donated pink shirts to all the students in our school. It’s very humbling.”

“She represents the whole goal of breast imaging — find breast cancer at its smallest size and earliest stage, because it gives the patient the most options for treatment and the best chance for survival,” Dr. Ashton said.

Meri’s last round of treatment was an emotional day.

“I’ll never forget walking out of the HOPE Cancer Center when I finished radiation,” Meri said. “I was very happy to be done. I totally just lost it. I thought, ‘I made it. I survived it.’”

In February, Meri went in for her six-month scans and everything looked clear. Now, Meri is preparing to send the little pink bear on another journey, back home to her sister.

“We were able to catch my breast cancer early, but had I not gotten the ultrasound, this could be a whole different story,” Meri said. “There are so many women that don’t move forward with that ultrasound. But you need to move forward. I was fine. I wouldn’t have known.”

One in eight women will develop breast cancer in her lifetime. Early detection is key to survival. To schedule your mammogram, call 903-531-8890 and press 3, or visit UTHealthEastTexas.com/services/breast-care for more information.

The safety of our patients and caregivers is our top priority. All of our facilities are following CDC guidelines, including screening everyone before entry, mandatory masking and disinfecting procedures.

This story was featured in the Tribute to Courage section of the April/May TYLER TODAY issue. 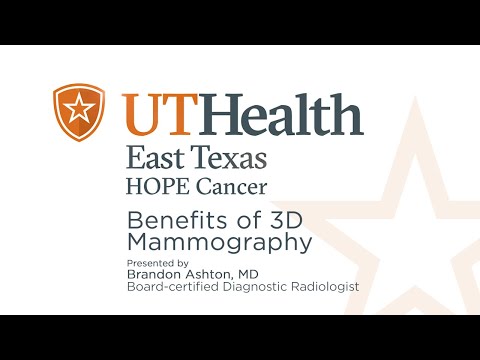 The Benefits of 3D Mammography
END_OF_DOCUMENT_TOKEN_TO_BE_REPLACED 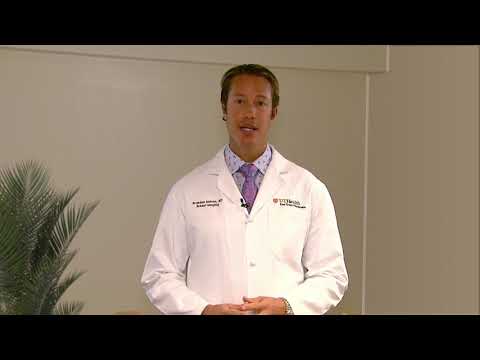 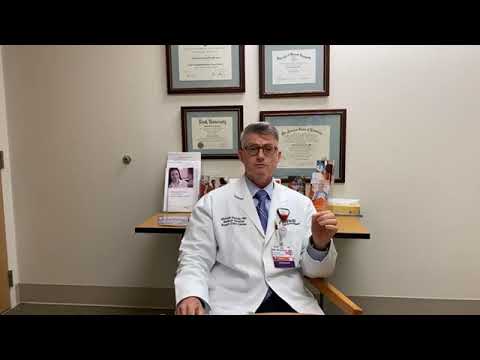 The Benefits of 3D Mammography
END_OF_DOCUMENT_TOKEN_TO_BE_REPLACED

More information about Breast Care is available at these locations: 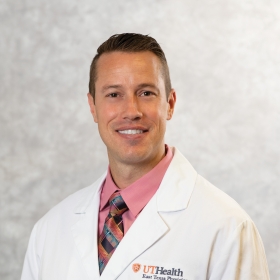 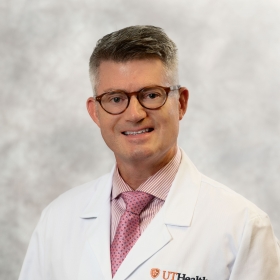 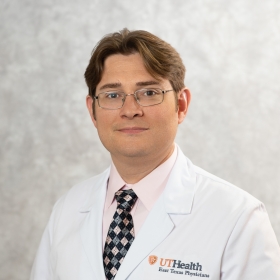