Are Parkinson's and Alzheimer’s Related? 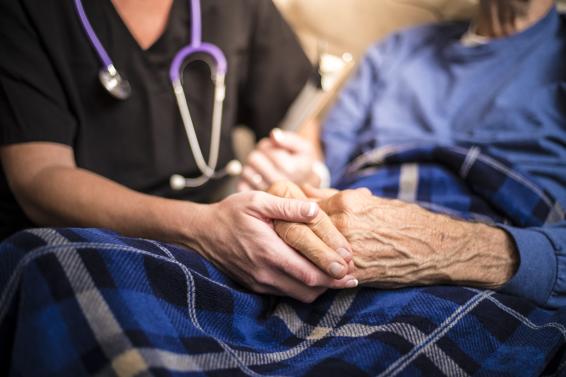 Alzheimer’s disease and Parkinson’s disease are both neurodegenerative diseases that are classified under the general term of dementia. Because of the vagueness of dementia as a medical label, many experts refer to it as a syndrome rather than a specific disease. Within the umbrella of dementia, these neurological disorders are often confused because of overlapping characteristics – but Alzheimer’s and Parkinson’s have unique symptoms, treatments and prognoses.

Alzheimer’s disease is the most common form of dementia. While many cases are diagnosed in patients over 65, individuals younger than 65 can be diagnosed with early-onset Alzheimer’s. Signs of Alzheimer’s can be mild at first and include subtle forgetfulness or confusion, but symptoms will worsen over time and eventually interfere with daily tasks and activities.

Prognoses vary depending on many factors, but a person with Alzheimer's usually lives four to eight years after diagnosis. Although, some patients have lived as long as 20 years after finding out they have Alzheimer's.

While Alzheimer’s and Parkinson’s are both progressive neurological diseases, Parkinson’s disease has more of an effect on physical function compared to the decline in cognitive function experienced by Alzheimer’s patients.

Parkinson’s disease is a brain disorder that occurs when neurons in the brain become impaired or die. When the nerve cells become ill they can’t interact with other cells properly, causing a disconnect in communication that affects movement. Common symptoms include tremor (uncontrollable shaking or trembling) in arms, hands, head, jaw or legs, stiff limbs, slowed movement and impaired balance or coordination. Similar to Alzheimer’s, symptoms of Parkinson’s will worsen and become more apparent over time.

Like Alzheimer’s, Parkinson’s is typically found in older adults. The average age of diagnosis is around 60, and any case before the age of 50 is considered early-onset Parkinson’s.

There’s currently no cure for Parkinson’s disease. There are specific treatment options available that are determined based on symptoms and may include any combination of medications, surgical options, physical, occupational or speech therapy.

After diagnosis, patients with Parkinson’s usually live about 10-20 years.

Identifying signs of dementia early may assist you and your doctor in creating a care plan for the future. If you’re experiencing changes in cognitive or physical function, schedule an appointment to talk with your primary care provider today.