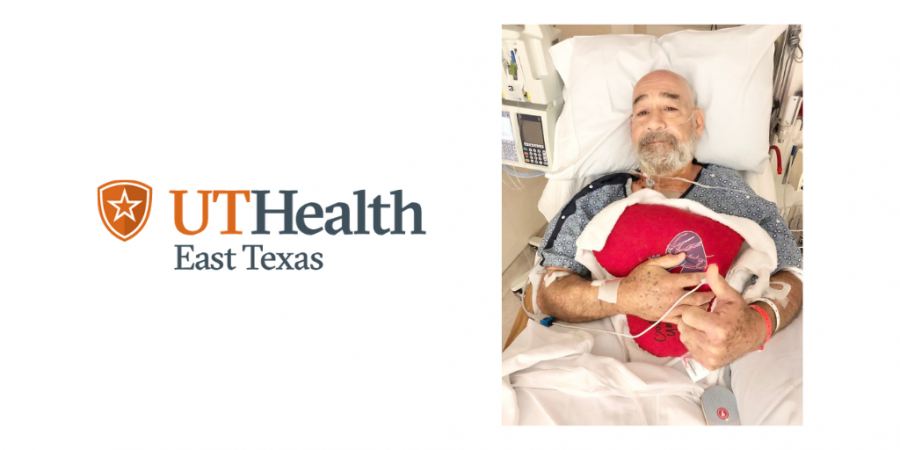 In 1997, Rickey Mayfield started having fainting episodes. He visited several hospitals and doctors and could never figure out exactly what was wrong. They told him they thought he was having seizures that were causing his blood pressure and heart rate to jump around, causing him to pass out.

The episodes continued until 2013. He lived in Colorado at the time, and his doctor said his heart didn’t sound right and that he heard a squishing sound, but didn’t run any further tests. They continued to associate the fainting with seizures, rather than his heart and began treating him for that, which ultimately did help his symptoms.

MyHeart First is one appointment lasting approximately 90 minutes that includes seven simple diagnostic heart screenings, followed by a review of the findings with a cardiologist. Mayfield’s findings were concerning, and he was recommended to follow up for further testing.

“I recommend MyHeart First to anybody,” Mayfield said. “It was a great deal and I wanted to know. You get so many tests for the price. It’s well worth it.”

“He had a condition called severe aortic valve stenosis,” Dr. Phillips said. “That’s when the heart valve, over years and years, gets calcified and stops opening very well, and in his case it was severe.”

Dr. Phillips first saw Mayfield in 2018 and diagnosed his condition, but because Mayfield wasn’t having symptoms, he didn’t recommend surgery yet.

“We usually operate on people with severe aortic valve stenosis if they have symptoms,” Dr. Phillips said. “There’s sort of a common belief that you don’t operate until they develop symptoms because until then, they do just fine. But once they develop symptoms, they have a downhill clinical pattern fairly quickly over the next couple of years. In fact, there’s about a 50% mortality rate if nothing is done once they develop symptoms. The symptoms are usually chest pain, heart failure symptoms or passing out. Despite Mayfield having severe stenosis, he denied having symptoms. He said he had some passing out, but that was something he’d been treated for the last 15-20 years. So, we said we’d continue to follow up until he developed symptoms.”

Two years later in 2020, Mayfield was referred back to Dr. Phillips because his numbers had gotten worse and he was passing out more frequently. However, other than that, he said he felt great.

“When they called with the news, I was out building a fence, mowing yards and digging post holes,” Mayfield said. “I felt great, but they gave me the bad news and said if I didn’t have the surgery now, I wouldn’t be around in two weeks. It was such a shock.”

In April 2020, Mayfield went in for a heart catheterization, a procedure done before surgery to make sure the arteries are normal, which showed that he had an abnormal branch. Because of this, Mayfield would need a single bypass in addition to a valve replacement. He was admitted for same-day surgery, and Dr. Phillips performed a coronary bypass and aortic valve replacement.

“He did such a great job,” Mayfield said. “As far as I’m concerned, there’s nobody better. I was really pleased.”

Mayfield spent a few days in the hospital to recover and was discharged home on the fourth day. The only medication he needed when he left was an aspirin tablet.

“Everybody was super, from the cardiologists to the cardiac nurses and everyone in the ICU,” Mayfield said. My wife couldn’t be in there, but they kept her informed the whole time. I was released after three and half days, which to me was pretty amazing. I’m grateful for the whole team.”

Mayfield chose UT Health East Texas Home Health to provide care while he was recovering at home and had a great experience.

“I chose the UT Health Home Health team because UT Health already had all my records, and I didn’t want to get another company involved,” Mayfield said. “I’m very happy with my decision. It worked out great and all of them were super.”

Mayfield followed up with Dr. Phillips at two and six weeks after surgery, and he was pleased with his recovery progress.

“He felt great,” Dr. Phillips said. “He hadn’t had any more passing out symptoms and was pleased that he moved forward with the surgery.”

For Mayfield, the hardest part of the recovery process is not overdoing it.

“I feel good,” Mayfield said. “I feel like I’m stronger than I actually am. The hardest thing right now is trying to stay active, but not do too much. They said my chest is going to take at least a year or so to get some strength back in it, and I’m on a 10-pound lifting restriction. I understand that it takes time and I’ve got to baby it, but I’ve always been a goer. I feel great and I want to get things done, but then people have to calm me down and say, ‘Hey, you’re trying to do too much. Don’t overdo it. You may think you feel good, but your body is still recovering.’ But I’m getting better. I do what I can do, and then I rest. I feel great.”

Even since he’s been home, Mayfield is grateful for the attentive care he received.

“After I was home, the whole team was there for us,” Mayfield said. “The doctor and the nurses at the Heart Valve Center let us call at any hour. If they didn’t answer right then, they returned our calls and answered any questions we had. Throughout the whole process, they were there. It was just a great experience altogether. ”

The Heart Valve Center at the UT Health East Texas Cardiovascular Institute in Tyler was created to diagnose and treat heart valve disease. Many life-threatening heart conditions have no symptoms until it’s too late. MyHeart First is one appointment with seven tests to help detect heart disease early. Visit UTHealthEastTexas.com/HeartCare to learn more.

This story was featured in the December/January 2020-21 issue of TylerToday Magazine. You can view the story here.