The Story of Three Friends 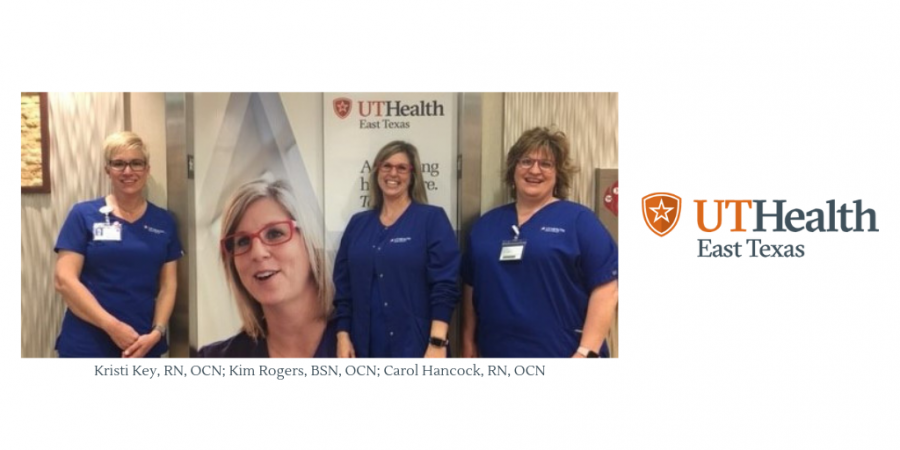 It all started 21 years ago at ETMC Tyler on 6 south, the oncology floor. Kristi Key and Kim Rogers, both new nurses, began their long journey of friendship. One year later Carol Hancock joined this friendship when she too began to work on 6 south. Through eight-16 hour shifts, working evenings and nights, to full time and part time along with some day shifts, with marriages and babies their friendships grew.

All three eventually moved over to work for former Tyler Hematology Oncology, now Hope Cancer Center in the early 2000s, where a long tenure of 15-17 years began. More babies were born and another marriage. Kids began to grow up and yet, these three remained more than co-workers, they became the best of friends. They grew in their knowledge of oncology and all three have a passion for caring for oncology and hematology patients. Each have a certification in oncology and have maintained that for many years.

In October 2016, Kim came to work at the UT Health North Campus Tyler MD Anderson Cancer Center. Not too many months following, Carol came to work for UT and about 5 months later, Kristi joined the trio! A love for oncology, friends and family, the three hope to remain together until retirement!