Sleep Apnea and Its Ripple Effect on Your Health 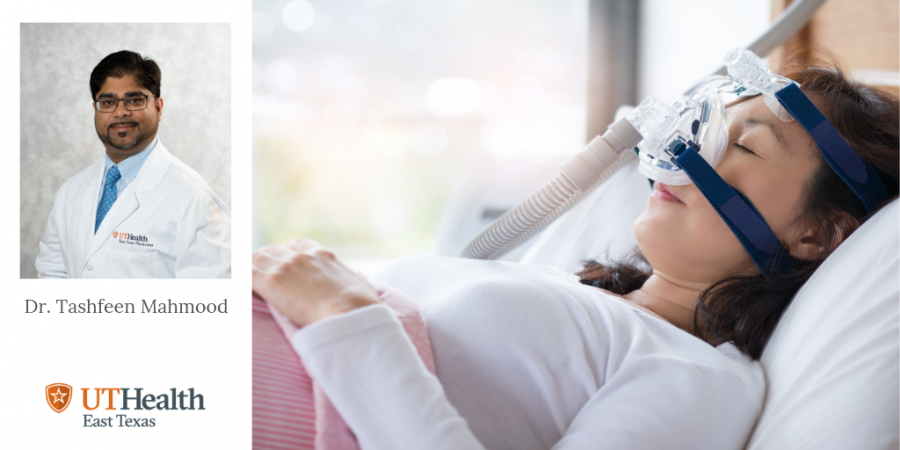 Loud snoring and daytime fatigue may not seem like a big issue, but these could be indicators that someone is suffering from sleep apnea. “Sleep apnea is a condition in which air flow to the lungs is either partially or completely compromised during one’s sleep due to either narrow or completely closed airways,” says Dr. Tashfeen Mahmood, UT Health North Campus Tyler pulmonologist. “In the United States, about 20-30% men and 10-15% woman are estimated to have sleep apnea, which is a huge portion of our population.” This large affected base is a serious problem, as disruptions in sleep can affect the health of other systems, including the cardiovascular system.

Some of the risk factors like gender, age and structure of the airway are out of an individual’s control, however, one factor that can be controlled is weight. Being obese can increase chances of many chronic issues and sleep apnea is no different. Carrying extra weight can block air passages and make it harder for lungs to function properly. By losing weight an individual can lessen sleep apnea side effects or even cure the condition.

Obstructive sleep apnea: This is the more common form and is due to narrow airways during sleep. Our airways are made up of muscles which are keeping the airways open while we are awake.

Central sleep apnea: This type happens due to something telling the brain not to breath effectively during the sleep period.

“During our sleep, just like other body muscles, are weak and floppy, the airway muscles become weaker too,” says Dr. Mahmood. “This results in narrower airways. In the classic and more common obstructive sleep apnea, this narrowing causes air flow to decrease or a complete cessation. Some folks are more prone to have this obstruction due to narrower mouth or big tongue which is also a collection of muscles bundled together that tend to fall back and close airways during sleep.”

Breathing should be an unconscious action that everyone’s body performs. It’s vital that lungs work properly so that every cell in the body can get adequate oxygen, so having this supply cut off throughout the night can be detrimental to many systems. “Imagine someone being chocked in their sleep several times an hour. Every time a person has an “event’’ of partial or complete obstruction of air flow to lungs, less oxygen is delivered to your blood and consequently every body organ becomes oxygen deficient,” says Dr. Mahmood. “This puts an extra load on the heart to pump more blood. The heart rate and blood pressure show huge fluctuations which are not good for the body. The whole body comes under stress. The brain does not like it and wakes the body up to restore airway muscle tone to increase air flow. Mostly we are not aware of these micro-arousals, but this whole process causes sleep disruption or fragmentation and results in unrefreshing sleep.”

This restless sleep could have an impact on many aspects of a person’s life, such as:

People with severe sleep apnea, if left untreated, are twice as likely to have roadside accidents compared to people without such condition.

How to Detect an Issue

As Dr. Mahmood said, a person may be unaware that their airway is being blocked during sleep. A good idea is to ask a partner or friend for help in the form of monitoring you. “One of the telltale sign is a bed partner’s complaint of loud snoring or waking up gasping or smothering for air,” shares Dr. Mahmood. They may be able to alert you to your disruptive, telling behaviors.

There are also several common symptoms for sleep apnea that one can track on their own:

If someone is experiencing the above symptoms, it may be a good time to schedule an appointment with a physician. Prior to the visit, patients should make a note of their symptoms and how often they are experiencing them. After speaking with a physician, a sleep test might be recommended. “A sleep study can be done in the sleep lab called polysomnogram (PSG) or in home sleep testing (HST),” says Dr. Mahmood. “Once a test confirms the diagnosis the treatment plan is developed. The goal is to keep that airway open during sleep.” Treatment can be as simple as weight loss or positional therapy. Treatment can also involve the use of a CPAP or oral device. Dr. Mahmood stresses that no matter which treatment plan is created for an individual, follow up and troubleshooting are the most important steps of treating sleep apnea.

Sleep apnea can have a serious impact on overall health, but getting help starts with an appointment. Consulting with a physician and sticking to a treatment can mean improvements in mood, heart health, productivity and wellbeing.

To find a provider and schedule an appointment, call 903-596-DOCS. 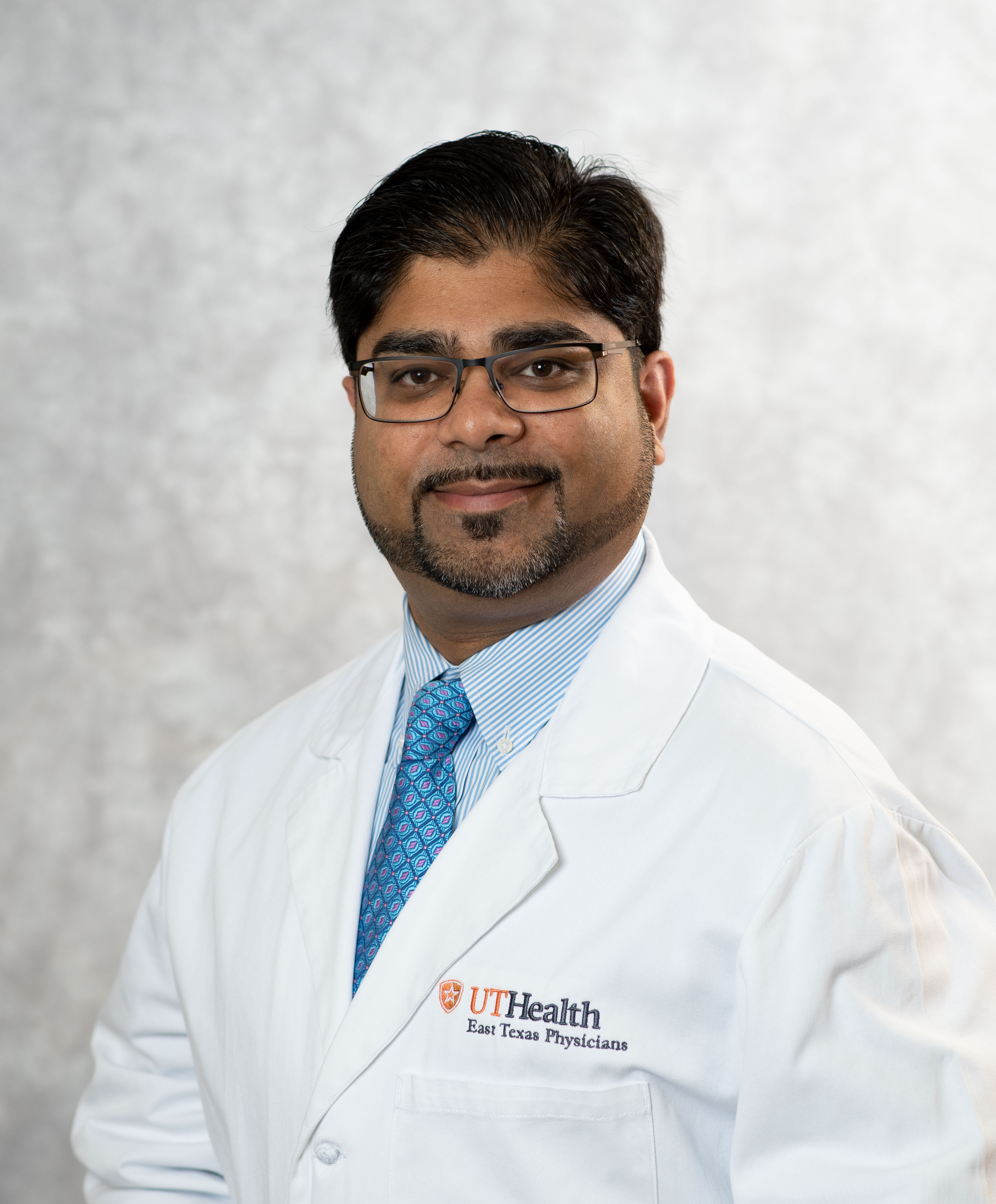 Tashfeen Mahmood, MBBS, MD, is a pulmonologist, who specializes in sleep medicine at UT Health North Campus Tyler. “My philosophy is to take care of my patients in a way that they understand each and every aspect of their disease process, are involved in every part of decision making and have easy, prompt access to the resources available to overcome hurdles in their health management.”

He learned from an early age that he wanted to become a doctor. “Growing up, I used to visit my uncle’s clinic and saw how dedicated he was to his profession. The sense of satisfaction and joy on his and his patients’ faces was unmatched.”