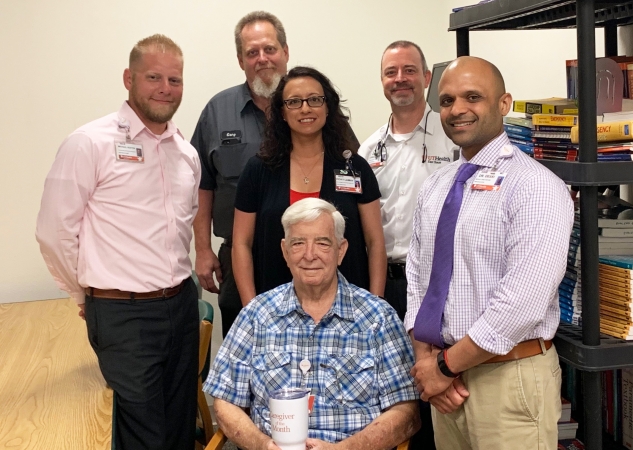 Lee’s nomination read:
“Lee caught up to us to trade out trucks. As we were moving equipment, Lee noticed a young man that had a flat on his car. The young man told Lee he was unable to get it fixed. The man also was attempting to sell a tire iron for a few dollars for fuel to make it home. Lee proceeded over to the fuel pump and paid for few gallons of gas for the man so that he could make it home. He was extremely thankful and continued talking and thanking him for helping him out. Lee smiled and said to him, “We have all been there and it will get better.” The young man burst into tears and Lee walked back over to him placed a hand on his shoulder. Lee was listening to him while giving words of encouragement. It was a small thing and just a few dollars in fuel, but it made a huge impact on that young man. To me that is the definition of service excellence. Lee is always there with a smile or a kind word. He even keeps a list of every truck in the system and where it belongs and who is the crew in his notebook to insure the units gets back to us as fast and efficiently as possible. Lee is not a direct caregiver, but we could not do our jobs without him."
Congratulations, Lee!