Facts and Myths of Impaired Driving 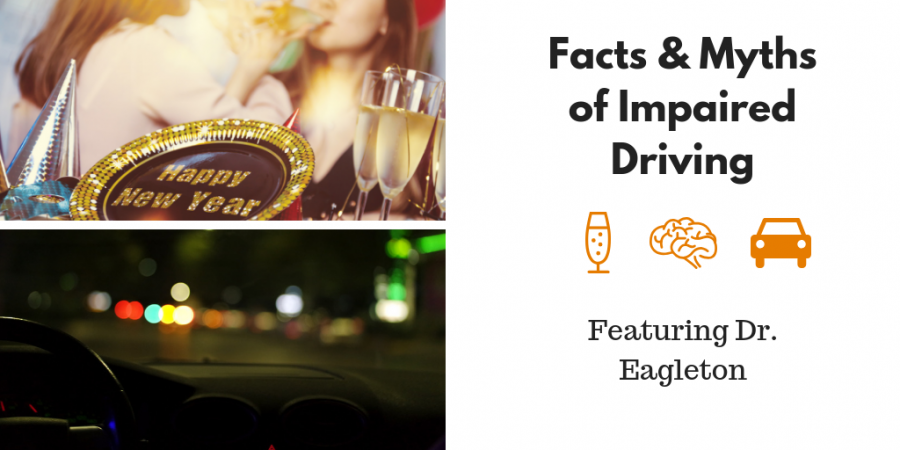 New Year’s Eve brings plenty of celebrations, and with that can come drunken-driving accidents.

Beyond worrying about getting in an accident, drivers in East Texas have another factor that could make things even riskier. “As the majority of East Texas is very rural, time to arrival at a trauma center is subsequently increased,” says Dr. Eagleton. “While our mortality rates at UT Health are below state and national average, there are unfortunately patients that succumb to their injuries before ever reaching our doors that may have otherwise survived had they reached a trauma center sooner.”

Everyone knows that alcohol makes driving extremely unsafe, but there are still many people that take the risk. Here are some reminders from Dr. Eagleton on the truth and falsities of alcohol impairment.

Facts and Myths of Driving Under the Influence of Alcohol

FACT: BAC stands for blood alcohol concentration or the percent of alcohol in a person's blood. Most states, including Texas, currently have a legal threshold of 0.08%. That means there are 8 parts alcohol for every 10,000 parts blood (or if 0.1% is used as the standard, 1 part alcohol per 1,000 parts blood).

MYTH: Eating after consuming alcohol will not affect an individual’s BAC. By this point, alcohol has already been absorbed. Eating before drinking will slow some of the absorption of alcohol but does not prevent it, meaning a person will eventually absorb the same amount of alcohol whether drinking on an empty or full stomach.

MYTH: Sleeping does not impact BAC. Removal of alcohol from our bloodstream relies on a degradation process that predominately occurs in the liver. Sleeping will not speed or slow this process.

FACT: Alcohol is a central nervous system depressant. It slows the body’s reaction time, worsens vision, impairs motor coordination and may cause drowsiness. In addition, judgment is impaired, making a person less risk-averse or more likely to take chances while driving that an individual otherwise would not (e.g. speeding, running red lights, aggressive driving, etc.).

After the celebrating and toasting of the new year, take a vow to be as safe as you can by choosing to never drive under the influence. “It does not matter what you believe your level of intoxication is,” says Dr. Eagleton. “Once intoxicated, self-awareness about your ability to operate a vehicle safely is compromised. It only takes a second for you to destroy another life, the lives of that person's family and forever change your own life as well.”