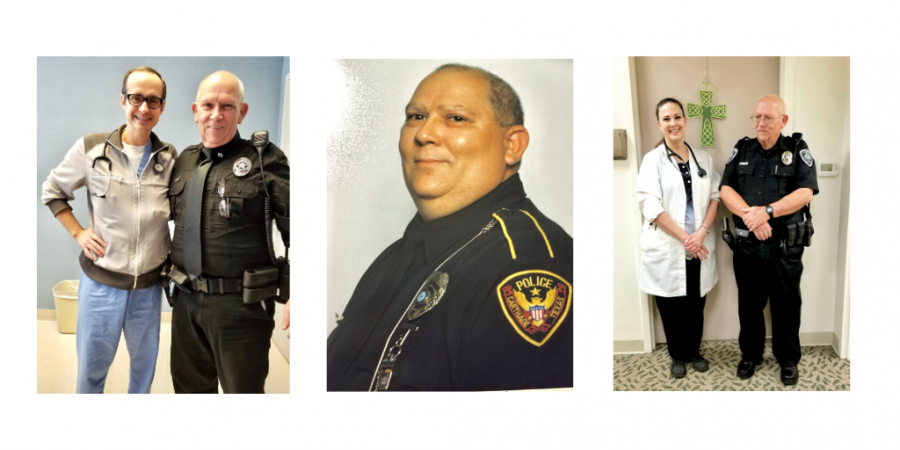 John Vaughn is back on the police force 15 years after suffering a heart attack on duty that forced him into early retirement.

“That retirement was probably one of the hardest things I’ve ever done,” Vaughn said. “But, I was more of a danger to the men I worked with and the public as an officer. That’s when I decided I couldn’t do it anymore. I don’t want to hurt somebody.”

In 2004, Vaughn had his first heart attack while on duty with the Carthage Police Department. Two years later, he had another. In the years that followed, Vaughn dealt with more health problems leading to multiple heart stents and cath procedures, diabetes, sleep apnea, weight loss surgery, blood clots, two knee replacements and surgery on both wrists. Through it all, Vaughn put his trust in Robert Wessman, MD, and Andrea Oliver, APRN, DNP, FNP-C, at UT Health East Texas Physicians in Carthage and Aleksandr Korniyenko, MD, cardiologist with Tyler Cardiovascular Consultants and the UT Health East Texas Cardiovascular Institute, to help him get his life back.

“They stuck by me, encouraged me and pushed me,” Vaughn said. “It’s almost like they were bound and determined to save my life, whether I wanted it saved or not. I think I became a challenge to them.”

Vaughn first started seeing Dr. Wessman and Oliver after his first heart attack. Now, he sees them every three months.

“The first time I saw Andrea Oliver, she said, ‘I think I can help you’ and I just said, ‘yeah, I’ve heard that before,’ but she convinced me, and she did help me.”

Vaughn appreciated that Oliver understood the hard time he had coping with his health conditions.

“She was very diligent and sensitive to my attitude, moods and depression,” Vaughn said. “She understood why I was depressed. It had a lot to do with not having the mobility I used to have and not being able to finish what I started. At one point, I was depressed and just wanting to die. But Andrea wasn’t doing that. They went above and beyond the call. They’re very knowledgeable, intelligent and caring.”

In 2016, Vaughn started having more cardiac problems and was referred to Dr. Korniyenko.

“When Dr. Korniyenko saw me the first time he said he needed to run some tests,” Vaughn said. “The day after the test, the nurse called and said they were going to schedule me for the heart cath. I told her I didn’t want her to schedule me and that I have an appointment to see him in two days, and I’ll talk to him about it then. At that point, I’d already had seven heart caths. I went in there ready to do battle with Dr. K and he came in with a big stack of papers and convinced me to do it. On July 1, 2016, he cleared the blockage. He said it would only take 30 minutes, but it ended up taking three hours. I have not had a heart problem since.”

That procedure paved the way for Vaughn’s health to continue improving, but Vaughn gives all the credit to his physicians.

“These people are wonderful,” Vaughn said. “They are my heroes. They saved my life. They gave me a second chance and I'm going to make sure they’re not going to be disappointed in that work.”

In late 2019, Vaughn requested the state reactivate his license, and was surprised when they did. He now serves as a reserve officer with the Lakeport Police Department.

“I felt like when I had to retire at 30 years, that I had not finished what I started, and now I'm getting that chance,” Vaughn said. “Now I'm back chasing bad guys and I love it. And it’s due to the efforts and knowledge of these people. If they can’t inspire a patient to help himself, they can’t really help him. They can’t help him unless they can get him to understand that he’s got to work too. And these guys can do that. They did do that.”